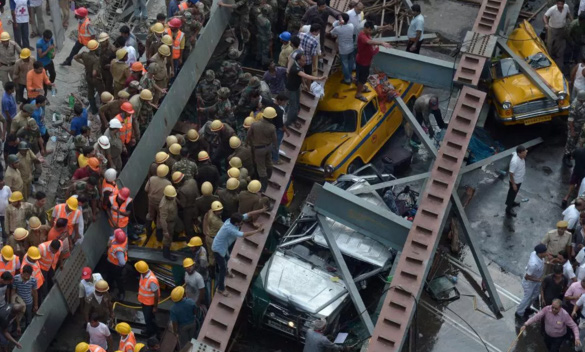 The vice president of the construction firm responsible for the collapsed overpass in Kolkata was the ninth person to be arrested by Indian police in connection with the tragic event that occurred March 31, 2016. The vice president, Ranjit Bhattacharya, was taken into custody this morning after being discharged from the hospital for an illness that occurred sometime after the collapse. Four other executives were arrested last week, while another four were taken into custody today with Bhattacharya. These eight executives have already been charged with murder, attempted murder, and criminal conspiracy. The city of Kolkata was devastated by the incident that killed at least 27 people and left over 80 injured.