Relations between Russia and Azerbaijan have been fairly complicated during the last centuries. Geographically Azerbaijani territory is situated at the center of what has been called the Eurasian Convergence Zone (Choen et oths.). This is a wide land strip sprawling from the Baltic territories to Mongolia. Surrounding Russian heartland, the Eurasia Convergence Zone has been the battling ground on which Moscow has been trying to secure its national territory for hundreds of years. The Caucasus itself has always been a “fault line” of rivalry between Moscow, Tehran and Istanbul. 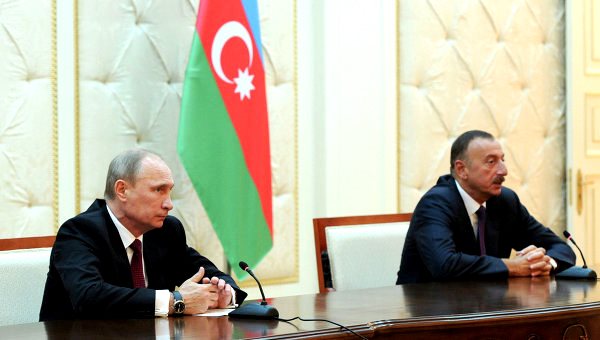 Caucasian mountain chains are the perfect barrier for Russia to protect its central ecumene from the middle-east pressures. In addition being positioned on the 45° parallel (pairing with the eastern territories next to North Korea borders) the Caucasus offers the Country a better condition for human development, compared to the rest of the national space. After the czarist conquest in 1828 Azerbaijan suffered the imperial Russian administrative policy. The Czar tried by all means to create a ruling class bestowing specific groups of society with land inheriting rights and other privileges. Under the pressure of General Ermolov Moscow decided to carry on a massive jurisdictional reform. Ancient borders were changed and previous rulers substituted with Russian emissaries. Such policies (accompanied by massive ethnic deportations ) caused disequilibriums in the Azerbaijani society that linger their effects up to date.

During the Soviet period the Kremlin’s control on Baku has been continuous and consistent. Azerbaijan’s oil reservoirs represented a pivotal resource for the Moscow’s wild plans of industrialization. Only after the discovery of the Siberian wells and the raise of Chechnya role in oil production (50’s-60’s) the soviet grasp on Azerbaijan was moderately relived.  At the collapse of the Soviet Union the relations between Baku and Moscow were fuzzy and uncertain. Mostly they centered on the Nagorno-Karabakh conflict and its dynamics. It is doubtless that the role of Russian forces in the military clashes has been crucial. Baku tends to blame Russians on supporting the NK rebels against the Azerbaijani fighters during the 91-94 events but in a chaos-rising situation such as the USSR collapse was quite difficult to distinguish actual central decision making from private initiative.

In the last 20 years the relations between Russia and Azerbaijan have been mostly about oil and gas resources. In 1994 Putin, inspired by the Primakov doctrine, devised an engagement strategy for the region. This strategy consisted of 4 strategic statements:

1 Russia shall be the only intermediary between the Caucasian republics and the external partners;

2 No other country shall be allowed to lay down significant influence in the region;

3 Under no circumstance the region shall become a threat for Russian hinterland;

The promotion of TAP and BTC projects represented a major setback for Russian strategic plans in the South Caucasus. Both projects bypass Russian territory for oil and gas exportation, linking Baku directly with the European market. Moscow anyway is not excessively worried about this fact because  Kremlin still detains 2 main strategic leverages to compensate its losses: 1st Moscow holds a good position on Georgian national territory and has virtually the possibility to block all exports from Azerbaijan in any moment. 2nd Kremlin will not give up on the Turkmeni resources and on the Caspian negotiations, limiting so strategic importance of Azerbaijan as a transitional country.

In 1993 Aliev bailed out from the CSTO, rejecting firmly any proposal from Moscow of a Russian peacekeeping force in the NK. Massive incomes from the oil and gas exports granted Baku with a remarkable political independence from Russia but the Azerbaijani ruling class decided anyway to not face-off Kremlin, standing out of Moscow’s way.

Shortly after the beginning of the US Afghan campaign Moscow feared Azerbaijan could become the Washington outpost in the region. Paranoias in the last years have been quenched by a neutral and detached behavior of Baku toward the US. Kremlin anyway has secured the area with a close and tight regional security policy. Russian North Caucasus contingent is one of the best endowed of the all national army. Logistic and armament modernization rate is 7 times higher than the average among Russian military forces. On the Caspian coast furthermore Moscow deployed a force of quick response. The Caspian battalions are armed with weaponry designed to engage heavy naval and air targets. Generally speaking the military contingents in this area have been significantly reinforced in the last years.

Concluding, the triangular relation with Baku and the EU for Russia remains still a bit controversial. Azerbaijan is one of the deepest engaged country in EaP programs and this fact during the first operational years of the EaP policy caused a few hassles in Kremlin’s circles. Today Moscow is way less worried because it has been made clear that Baku will not respond as positively as Georgia to EU standards spill-over processes. Azerbaijan doesn’t need to do so as long as EU countries will continue  buying its oil and gas resources. On the western side there are many and several reasons why the EU and the USA will not quit doing so but mostly they still don’t have a better strategy to promote multi-vectorial geopolitics in the region. Last but not least Baku has been very disappointed with the stark EU policy line about NK. Bruxelles has been fairy firm on the matter denying any military support.

Even though Moscow failed to involve Baku in the Eurasian Union project Kremlin today knows that the country will remain on a neutral point between Russia and her western partners. Baku demonstrated this at the end of the last year giving its green light to a new Caspian security treaty which cuts off US and EU from the scenario. National interest is Azerbaijan’s main concern and this is not going to change in the near future.