Sei in: Prima pagina > Medio Oriente e Nord Africa > The Organisation of the Islamic Cooperation and the balance of power

The Organisation of Islamic Cooperation (OIC) is composed by 56 UN Member States and Palestine. It represents ca. 1,6 billion Muslims all around the world. It is, indeed, the biggest Muslim organization of the world. 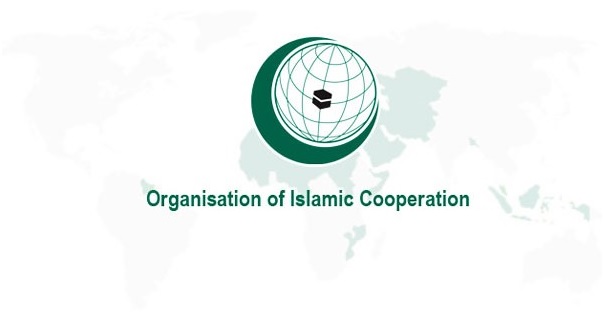 The OIC as the guardian of the Muslim community

The main aim of OIC is to represent the Islamic community or the Ummah: the organisation defines itself as “The Collective Voice of the Muslim World”. The Ummah is one of the most important terms, which appears often in the Quran and in the hadith literature, to stress the unity of Muslims. It was, in fact, used as the base of pan-Islamism, a political movement rose in the XIX-XX Century BC that responded to European laws and tried to unify the Muslim world. Basically, four main factors were at the bottom of the birth of pan-Islamism: first, the diffusion of Muslim nationalism; second, the development of education in the society; third, the claim against Europe; and finally, the circulation of movements that embraced national boundaries pan-ideas, especially in Arab states and in Turkey.

Pan-Islamism manifested itself in two forms: the traditional, represented by the figure of the Sultan Adbülhamid II, who linked it to the caliphate; and the modern one, represented by the intellectual Jamal al-Din al-Afghani, who connected it with nationalism rather than Caliphate.

However, World War I had strong consequences for the Ummah, the Ottoman Caliphate, and pan-Islamism. It destroyed the Ottoman society and the caliph-cantered idea of pan-Islamism. The Ottoman Empire, indeed, finished in 1924 with the birth of The Republic of Turkey, formerly known as “The Republic of Atatürk”. World War I also disintegrated the Islamic geography: it put some Muslim communities under European law, promoting the Westphalian model. Anyway, the idea of pan-Islamism was not destroyed at all: many leaders, politicians, intellectuals, and diplomates of Muslim world organized various conferences in order to achieve unity in the Islamic community.

The OIC, initially Organisation of Islamic Conference, was founded in 1969. It was the first time that Muslim states unite themselves under a common political, ideological and economical perspective.

Nowadays, the OIC is a multicultural organisation that addresses cultural, economic social and political issues of the Islamic world. It has also changed its name in 2008 to Organisation of Islamic Cooperation, in order to stress the will of members to reciprocally help themselves in developing the Muslim world.

The Politics within the OIC

The Muslim world lacks a guide which may coordinate the countries in order to unify them. What influences the intra-Muslim political stage is the regionalism, the participation in the OIC, intra-relations of members and the vision of the Ummah and the role of the OIC itself.

The members of the OIC come from three major blocs: Arab, African, and Asian. The Arab region, of course, is the most relevant in the Organisation: it depends, indeed, on the religious majority, the financial resources, and the cohesion between members in the cultural and political field. The Asian region is the second most influential in the OIC: it depends basically on the presence of Turkey, Malaysia, Pakistan, and Indonesia, and their influence in the international community. The African region, finally, suffers from the absence of powerful members and cohesion among states.

The second feature that influences the position of members in the OIC is the involvement in the Organisation. For example, the most active states are Saudi Arabia, Iran, and Pakistan; secondly Turkey and Malaysia. It is interesting to note that, even if is one of the most relevant countries in the Arab world, Egypt does not have a major position in the Organisation.

Thirdly, the religion, politics, and relations among members influence a lot the role of a state in the OIC. For instance, while Pakistan follows the Sufism, a branch of Sunnism, Saudi Arabia adopts Wahhabism, the orthodox interpretation of Sunni Islam. On the other hand, Iran follows the Shia. The members have also different legal system: Pakistan is a semi-democracy, Saudi Arabia is a kingdom, Iran is a theocracy, Turkey a secular state, and so on. What is also important to mention is the different relationship that members have with the United States: for example, Saudi Arabia is considered as an ally, Iran as an enemy, and Turkey is a member of the NATO.

The final factor that conditions the members is the different interpretation of the concept of the Ummah. In particular, the countries that differ the most are Saudi Arabia and Iran. Whilst the Saudis see it as a religious entity, and think that international community should consider it as a relevant actor, Iran sees it not only as a religious entity, but also a political one, and wants to protect it from the Western invasion.

The continuing conflict between Saudi Arabia and Iran

The OIC was born from the work of King Faisal of Saudi Arabia in 1969 and, through years, Saudi Arabia has been the most powerful member until the end of the 1990s, when the rises of Arab Springs and the development of Malaysia, Iran and Turkey destabilized the role of Saudi Arabia in the OIC.
In order to sustain its leadership in the Muslim world, the Saudis created a network of Islamic institutions like the Muslim World League and the OIC itself. From the time of the foundation, the OIC and Saudi Arabia have created a relationship based on mutual benefits: the OIC headquarters are based in Jeddah, and Saudi Arabia is the main sponsor and financial aid of the OIC. In exchange, the Saudis have many privileges, like working there more easily. Even if the Kingdom has strong religious and economic power, it is very weak on the political side. Due to its lack of political structure, Saudi Arabia has been keeping the OIC as a non-political association. Although it can block a resolution, it does not have the power to pass one by itself. In addition, the Saudis claim the leadership of the Ummah, because their country is the home of the two sacred cities of Islam: Mecca and Medina (Saudi kings were also known as “The Custodian of the Holy Sanctuaries”). The government, indeed, helped the OIC in the creation of new agencies based on finance, research, development, and culture, instead of politics.

Iran’s power in the OIC varied a lot during years, often reflecting the difficult relations with Gulf countries, especially Saudi Arabia. In fact, when the relationship between the two most important Muslim states worsened after the 1979 Revolution, Iran was marginalized in the Organisation. However, the Revolution helped Iran to become an Islamic state with a constitution based entirely on the Shari’a. In addition, the constitution gave to the country special responsibilities and duties as the unification of Muslims and the protection of the rights of believers. However, that historic event was considered by Saudis as a threat to their hegemony: they fear an expansion of the revolution and, therefore, of the Shia way. The more the Saudi-Iranian relations got worse, the less Iran participated in OIC’s activities.

The end of Iraq-Iran war, Khomeini’s death, and the peaceful behaviour during Rafsanjani presidency in the Nineties improved the relationship between Saudi Arabia and Iran. The growth of diplomatic relations from 1997, thanks also to the work of Khatami, made Iran a more important actor in the OIC, and let it receive the OIC chairmanship in the same year.
In 1997, more than 50 Muslim leaders met in Teheran for the eight Islamic Summit, which represented the turning point in the relationship OIC-Iran. The aim of Khatami, who stressed a lot on the “dialogue of civilization”, was double: to build Muslim dignity and values and improve Muslim participation in the international community.

As shown, the path and the objectives of the two counterparts are different: while the Saudis seek to exercise selective leadership and to prevent others from achieving hegemony, Iran used OIC as a tool to expand its diplomatic sphere and to gain leadership in the Muslim community.
Consequentially, all these factors undermine the power of policies of the OIC in the Muslim world.