Sei in: Prima pagina > Africa Subsahariana > Operation Barkhane: goals and reasons why it could fail

At the beginning of December, French army announced the kill of one of the  most influent men linked to terrorism in the Sahara region, Ahmed al-Tilemsi.  He was the founder of the Movement for Oneness and Jihad in West Africa (MUJAO), implicated in various crimes, like drugs and arms  dealing, bombing attacks and kidnappings. The group was also responsible for the death of Frenchman Gilberto Rodrigues, abducted in 2012. 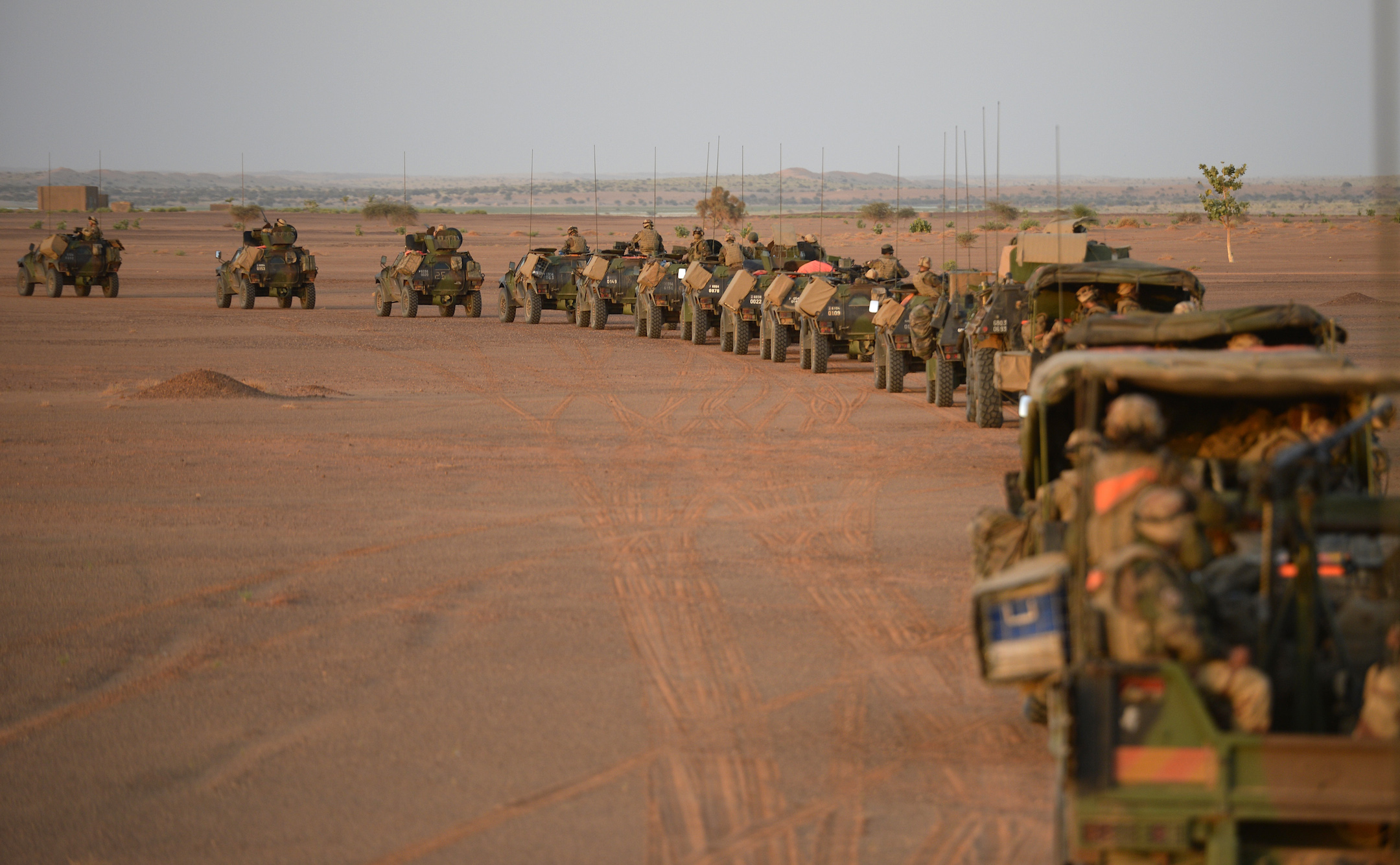 This represents one of the biggest achievements of Barkhane, the operation launched by French army in July 2014. But what is it specifically this operation and what are its goals?

The operation Barkhane is the successor of the operation Serval, that started in January 2013 in order to push jihadist out of northern Mali, and the operation Epervier, that has been taken place in Chad since 1986. Around 3,000 soldiers have been deployed in four permanent bases located in five different countries: headquarters and air force in the Chadian capital of N’Djamena under the leadership of French Général Palasset; a regional base in Gao, north Mali, with at least 1,000 men; a special-forces base in Burkina Faso’s capital, Ouagadougou; an intelligence base in Niger’s capital, Niamey, with over 300 men; the air base of Niamey, which hosts drones in charge of gathering intelligence across the entire Sahel-Saharan region. Aside from these four permanent bases, several temporary bases will be created with an average of thirty to fifty men, where and when required.

Being deployed in Africa is not something new for French army, but today the aims have changed drastically. In the past, French troops used to intervene in former African colonies in order to overthrow or put in charge governments, or to stop bloodsheds after a revolution or during a civil war. Nowadays, terrorism is the new enemy to defeat.

According to French Defence Minister, Jean-Yves Le Drian, “The aim of Barkhane is to prevent what I call the highway of all forms of traffics to become a place of permanent passage, where jihadist groups between Libya and the Atlantic Ocean can rebuild themselves, which would lead to serious consequences for our security.” French President, François Hollande, has said the Barkhane force will allow for a “rapid and efficient intervention in the event of a crisis” in the region.

Although the commitment and the determination of French authorities and the governments of the countries where Barkhane forces are deployed, there are many serious problems that could prevent this operation to achieve the prefixed targets.

First of all, the control of territory. Sahara desert can be considered one of the biggest no man’s lands on planet earth. Given that this place is so vast and uncontrolled , it is one best place for conducting illicit traffics. Here, the territory is so immense, the terrain so harsh and the borders  so porous ,  that it is hard to follow the traces of extremist or criminal groups . Every kind of authority, government, army or police that has tried to do that, it has run into enormous difficulties.

Secondly, French partners do not seem to be adequate for these tasks. Without a solid state, the long term success of any counterterrorist operation will be difficult. What happened in Afghanistan, Iraq, Libya and Mali, demonstrates it. Nevertheless, the majority of the armies from the countries of Sahara and Sahel region are underequipped, badly trained and not motivated. The fact that they are not well paid make them easy to be bribed and the bad condition of their equipments do not help to achieve the mission goals. Following and targeting extremists and insurgents without their own helicopters and aircrafts do not allow them to conduct independent operations and  to tighten the control of the region, so as this they always need to seek for the sustain of French forces. However, this situation can not go on like this forever.

In fact, France can not carry the weight of Sahara defence for the eternity. As almost every country in Europe, France is suffering from the economic crisis. Armed forces have seen their budget be cut as consequence of recession. For this reason nobody can say how much time French government will be able to pursue their goals in Sahara desert without fuelling the discontent of French people.

Furthermore, France seems to be quite alone in this struggle against extremism. EU and USA do not appear to be willing to embark in a new military intervention, after Afghanistan and Iraq. the EU has deployed several Common Security and Defense Policy missions in Mali, Libya and Niger. These CSDP missions may provide some assistance in training armed forces—police and army—of these countries in addressing counterterrorism tactics and strategies, but no combat role. The United States may remain on the sideline, eventually providing some intelligence as it happened during operation Serval in Mali.

What transpires is that Barkhane is the most ambitious and expensive military operation that France has conducted since the end of Algerian War. However, it is not clear yet when this operation will end, when France will consider the mission accomplished.

French president has shown himself as a driven military commander who has not hesitated to deploy French troops to defend the security of European and African continent. Despite all this, there are  several proofs that show that this operation could not solve once for all the security problems in this problematic region.