Sei in: Prima pagina > America latina > The Nisman case and the polarization of the political struggle in Argentina

The death of Alberto Nisman has opened a deep reflection in Argentina on the fate of the country and the Kirchner presidency. The controversy following the tragic incident has fueled doubts, tensions and conflicts between civil society and institutions in Argentina, a relation that has been highly problematic for decades,  further exacerbated during the last term of the presidency Kirchner. 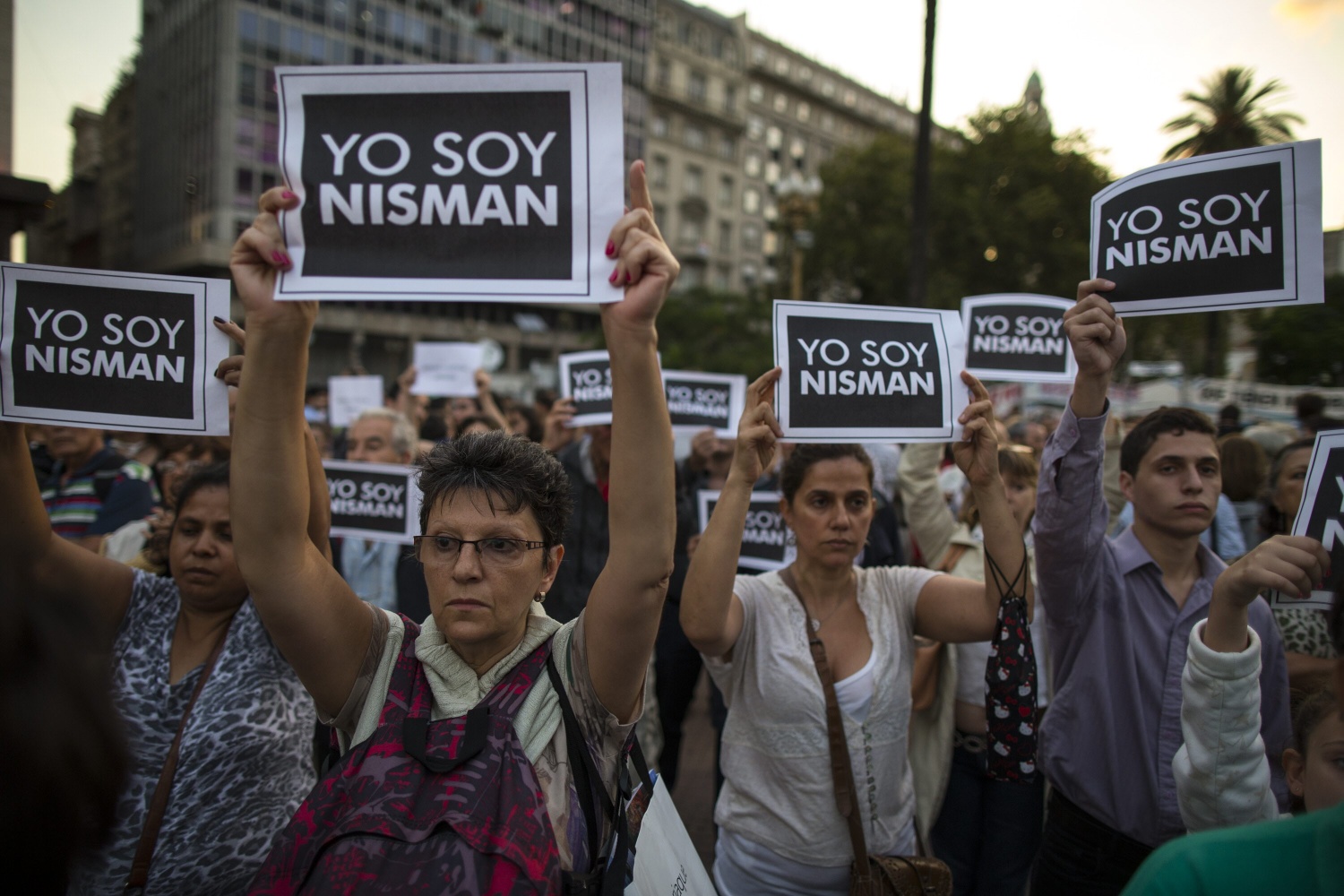 The work of Alberto Nisman as a prosecutor in the last ten years has been entirely devoted to the investigation on the bombing in the Jewish center in Buenos Aires that killed 85 people in July 18, 1994. Despite lengthy investigations no one has been brought to trial yet for the attack on the Asociación Mutual Israelita Argentina (AIMA). Conclusions of Nisman and Marcelo Martínez Burgos investigations in 2006 indicated the Iranian government as instigator of the attack and Hezbollah as perpetrator.

A few weeks before his death, Nisman had openly accused Cristina Kirchner and Foreign Minister Hector Timerman for having deliberately downplayed and deleted the Iranian role in the attack, in order to ensure Argentina a major oil supply at competitive prices. The agreement was part of an indicted commercial exchange that provides for the sale of Argentine wheat against the import of Iranian crude. The charges were described by the Casa Rosada as ridiculous and baseless allegations, but strongly hit the public opinion. The newspaper El Clarín, who has been pursuing a vigorous campaign against the government policy after being one of the main supporters of Kirchnerism, published just two days before the tragic event of Nisman, an interview in which the prosecutor claimed to be in danger of life because of his investigation. Beyond the fairness of Nismans charges, who was called to investigate the bombing by Néstor Kirchner itself in 1994, the case demonstrates the strong polarization of Argentine politics nowadays.

The Minister of Justice Carlos Leon Arsalan said that the investigation of the late Attorney is a case of political accusation and the presidential entourage have often referred to the investigation as a real coup opposition. The President Kirchner has appeared on television a few days after the tragic death of Nisman to demonstrate her non-involvement in the case. His speech was focused on the absurdity of the alleged political involvement in the cover-liability on the Iranian responsibility on the attack and on the total senselessness accusation regarding the participation in the physical elimination of the prosecutor. The President, recently underwent hip fracture, has chosen to be filmed sitting on a wheelchair, while in previous occasions it was shown sitting on a chair despite the plastering. The press has been highlighting the circumstances and the opposition openly accused the intent  to fit the role of the sacrificial victim, a communication strategy that could be confirmed by the choice of a white dress, color which was rarely used by the President in the past.

El Clarín published a draft request for arrest for Kirchner and his foreign minister, written by Nisman, a document that is supposed to be found in the room of the prosecutor. The paper has been drafted on a computer but there are many annotations and corrections written with a pen, presumably made by the same Nisman mentioning request for detention and prohibition to leave the country for the president and Timerman. Corrections made with a pen are critical to attribute with certainty the preparation of the draft to Nisman and the date the document was in June of 2014, thus disproving the official version that the Kirchner would be revenue in the investigation only in recent weeks. The involvement of the Argentinean secret services in the event is yet to be clarified, the crucial point is focused on the gun that fired on the night of January 19 that has been given to Nisman by Diego Lagormasino, indicated as a secret agent.

The responsibility of the Argentine intelligence services seems obvious especially after the announcement, on January 27, just a week after the tragic death of the prosecutor, that President Kirchner is disband the institution, apparently referring to secret services responsibility at the time of the military dictatorship. Another important questions concern the holder of the Nismans investigation casa, some judges have already refused to carry on the work of the prosecutor. The hardest consequence for the country is likely to be an escalation of political polarization and a growing detachment of the population in the institutions. Now any act of the government is seen as an ideological measure. The inefficiency of the judicial system is under the eyes of the spotlight, first with the inability to complete the investigation into a bomb attack that has cost the lives of 85 people and then with the suspicion of a feeling of awe and fear that lingers on judges in the aftermath of the death of Nisman. The doubts and omissions that are emerging drawn a dramatic picture, which shows the country back hidden in a black hole.

The structural inability of the opposition to built a cultural alternative to Kirchnerism is another essential piece of the delicate political landscape Argentine. The exercise of power in the South American Republic has not changed substantially in recent decades, despite the recurring crisis all the different governments have shown a similar approach in the management of public affairs. The veil of mysteries and secrets revealed with Nismans death is helping to highlight the need for a democratic interpretation of the security forces and intelligence. A theme that will be crucial in the upcoming presidential election campaign, a key challenge for the future of the Argentine Republic, a challenge where the protagonists are still unknown.