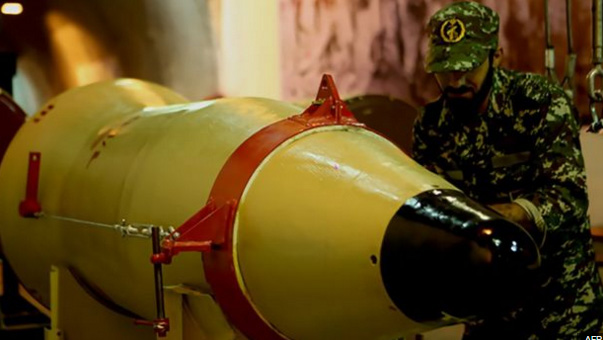 The Revolutionary Guards of Iran launched two ballistic missiles this morning from northern Iran towards targets in the south-east region of the country. It has been reported by the Fars news agency that the phrase “Israel must be wiped out” was written on the side of the missiles launched today. Warnings from the international community, especially the United Nations and the United States,  have become more threatening as Iran begins building up its missile inventory. A missile of any size has the capability of holding and transporting a nuclear weapon. Most of the threats from the United States, however, have little substance behind them, as most punishments would be a violation of the Nuclear Deal that Iran signed with six world powers, including the United States, in January.