No majestic wall or intimidating fence currently separates Italy from France. The only manifestation of the discontinuity between the two Member States of the borderless European Union is the invisible wall across which asylum seekers attempting to escape Italy are pushed back by France. That invisible wall represents the much clearer solidarity crisis affecting the European supranational entity, the tension surrounding the legal sources which govern migration, the nation-state predicament amid the strategic shift from multilateralism to bare realpolitik. Furthermore, the rejection of migrants at the Italy/France border falls under the scope of the political clash between leaders on both sides of the frontier engaged in national and international power games. 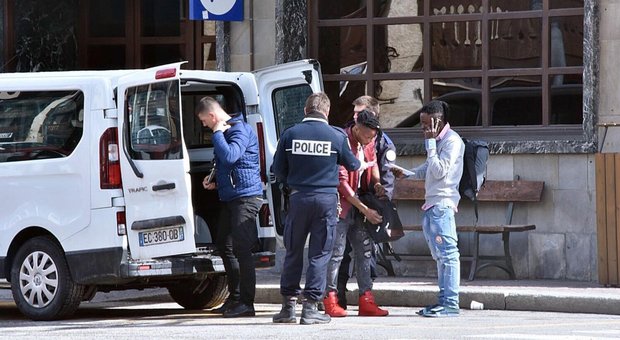 The recent reports produced, among others, by Amnesty International and Médecins sans frontières shone a spotlight on the contestable behaviour of French authorities at the border with Italy towards third-country nationals resolved to leave the latter country for France. In the past few months, the two NGOs observed directly the rebuff and degrading treatment which migrants – in some instances, underage – underwent while attempting to trespass the border dividing the two founding countries of the European Union. The NGOs claimed that France is above all breaching the customary principle of non-refoulement which commands that a State welcomes on its territory international-protection seekers who would otherwise risk death or existential danger. The notion of non-refoulement is to be interpreted within the wider interconnection of international, national and European sources of law related to migration. More specifically, it must be read in conjunction with the notorious EU Dublin Regulation which places the burden of the examination of the asylum application on the EU Member State whose territory is firstly accessed by a migrant – in this case, most likely, Italy. Based on this prescription alone, France’s actions (setting aside the alleged humiliating attitude towards trespassers by checkpoint authorities) could be legitimate as, rather than relocating migrants to unsafe third countries in violation of non-refoulement, Paris is merely transferring them to the competent State pursuant to EU law. However, the Regulation enshrines a whole hierarchy of criteria to be met as regards the identification of the Member State of the EU which is responsible for examining an asylum application: the wellbeing of minors has the highest priority and therefore it must be verified whether any relatives live in a different Member State from that of arrival; moreover, the unity of the family must be taken into account, as well as the possession of visas or residence permits by the asylum seeker. Considering that French authorities are said to refrain from appraising individual situations when encountering migrants determined to cross the Italy/France border, the potential responsibility of a Member State other than Italy over asylum seekers cannot be legally ascertained. Beyond the technical framework introduced with the Dublin Regulation – which is under attack because of the disproportionate strain withstood by the outermost EU Member States in handling migratory flows – the considerable movement at the French/Italy border and the resulting repression concerns a broader discussion around human rights and fundamental freedoms linked to the diaspora. By leveraging a controversial piece of legislation to forestall and discourage further entries, France is demonstrating de facto not to be willing to participate in the redefinition of the existing political and legal structure underpinning migration which frequently translates into appalling repercussions for vulnerable subjects as well as an unfair distribution of duties and tasks among the Member States of the EU.

The accusation of “hypocrisy” was precisely (and expectedly) addressed by the newly-formed Italian political establishment to the French President Emmanuel Macron, who constantly challenges the so-called European populists on the grounds of their hostility towards migration. Following the divulgation of the NGOs’ investigations, the Italian right-wing Minister Matteo Salvini decried Macron’s double-standards with relation to freedom of movement and resettlement of third-country nationals. Such an accusation exacerbates the disillusionment with the leader of En Marche whose bid to revolutionise the European Union lags behind. About one year ago, Macron gave the acclaimed Sorbonne speech which proposed the deepening of European integration starting from the fiscal and banking domains. Faced with the opposition of a league of Northern Member States pushing for restraint in lieu of economic adventurism, Germany’s reticence to offer guidance and the monopolisation of the public opinion by the issue of migration at the expense of the reformation of the Eurozone, the French President, who is experiencing diminishing support at home, struggles to have his hopes fulfilled. The outcome of the political confrontation around the future of the European Union will predominantly ensue from the 2019 European Parliament elections: in such a delicate context, words and deeds by politicians like Macron and Salvini will prove crucial in shaping the preferences of voters. In addition to the European conundrum, the relationship between France and Italy is relevant to another thorny dossier: Libya. The upcoming Palermo international conference will enlarge the endeavour to deal with the destabilised environment to several actors, countering more limited efforts made in the past. The Italy/France border controversy, estranging the two pivotal European partners, could impact upon the multilateral effort to pacify Libya and resultingly provide the EU with some relief.

Conclusively, the irregularities at the frontier between Italy and France pertain to the legal and political spheres. Nonetheless, they expose the deeper theoretical and ideological understandings characterising political organisations today. Over the years, a fertile scholarship on the contemporary meaning and transformation of borders emerged amid the global transmutation of sovereignty and nationhood. It indicated that far from constituting any real or effective insulation of a country vis-à-vis other political entities or peoples, borders give the impression of greater stability and order in the face of the undeniable reality of the unboundedness of capital, the international stratification of production and the proliferation of frontiers within States themselves. With a view to nurturing the illusion of non-existent national autonomy and independence, Western establishments – across the party spectrum – consciously degrade the dignity and freedom of distressed subjects through the erection of dysfunctional barricades.