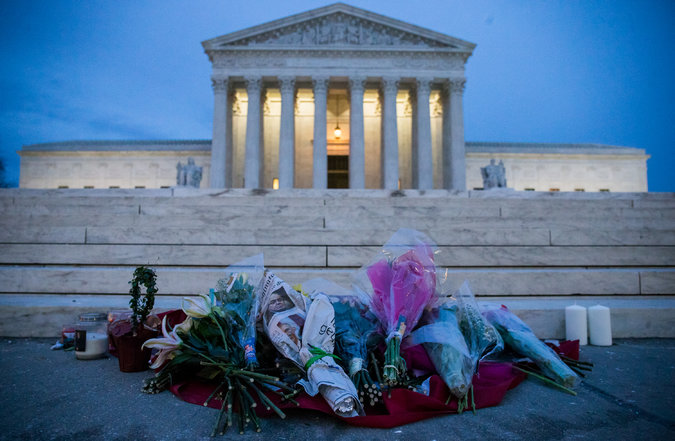 The following article discusses the potential affects of the sudden death of United States Supreme Court Justice Antonin Scalia. Justice Scalia’s legacy on the Supreme Court will be remembered by strict, textualist interpretations of the Constitution, most often associated with and supported by the Republican Party. In the hours following his death, the Republican Party called for the nomination of Justice Scalia’s replacement to be postponed until the next president in order to avoid President Obama having a long-lasting affect on the Supreme Court in his last months as president. In the United States, Supreme Court Justices hold life terms. When a new Justice is needed, the president will nominate a candidate who is to be approved by the Senate. Based on the rhetoric by the Republican and Democratic parties in the wake of Justice Scalia’s death, it is clear that a stalemate in the Senate may completely redefine Obama’s last term as president.