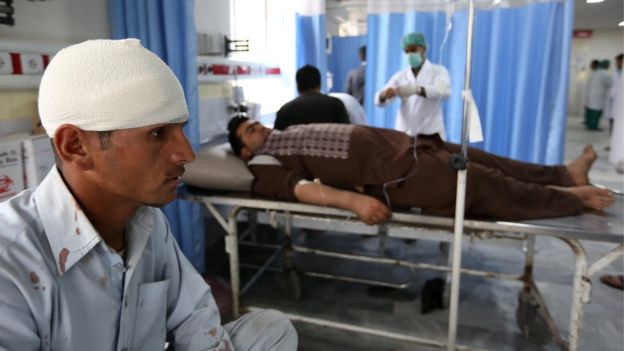 Kabul, Afghanistan suffered from a devastating explosion Tuesday morning, killing 28 people and injuring 329. Although it is being reported that some of the victims were service men and security personal, most of them were civilians. The capital city was attacked by a suicide bomber in a vehicle near the city center and gunmen who proceeded into the area after the initial bombing. The attacks took place during the busy morning rush hour in the neighborhood of Pul-e-Mahmud, destroying homes, mosques, schools, and businesses as far as 1km away from the first blast. The Taliban has claimed responsibility for the attacks, following their announcement last week of their spring offensive.